Finally I’m sitting myself down on pain of lack of caffeine to write what I’d been telling myself for a year that I would write. In the beginning it was “I’ll make a blog to commemorate moving to London! There’ll be plenty of beautiful little shops there to write about, people to meet, cuppings to attend, competitions to… competition…” Nearly a year later, I’ve switched jobs thrice (which really isn’t a badge of honour at all, so don’t try this at home, kids) and found what is (fingers crossed) likely a forever-home – as much as one can find a forever-home in this industry. And I’m trying my best to put my words down on internet paper; to chart, in a sense, the journey I didn’t realise I’d undertaken nearly 4 years ago and am still on today.

I guess as an introductory post this is probably to outline my hopes for this space, as prematurely formed as they are. When I first got the idea to write a specialty coffee blog (like every other woke millennial on the internet) it was really to bridge the gap between the me 4 years ago – university student needing to line her pockets a little, in her first ever hospitality job at a weird deli place – and the me today. I’m a barista at PF Coffee on Leather Lane, trying my best to keep up with all the exhilarating changes in one of the coffee capitals at the fore of the third wave. This decorated café keeps me on my toes with lots to learn: state-of-the-art tech; an ever-changing selection of beans; incredible partnerships with a slew of amazing organisations, farms and companies as well as a constant flow of tourists and coffee aficionados PF attracts with its near-celebrity status in the London scene. 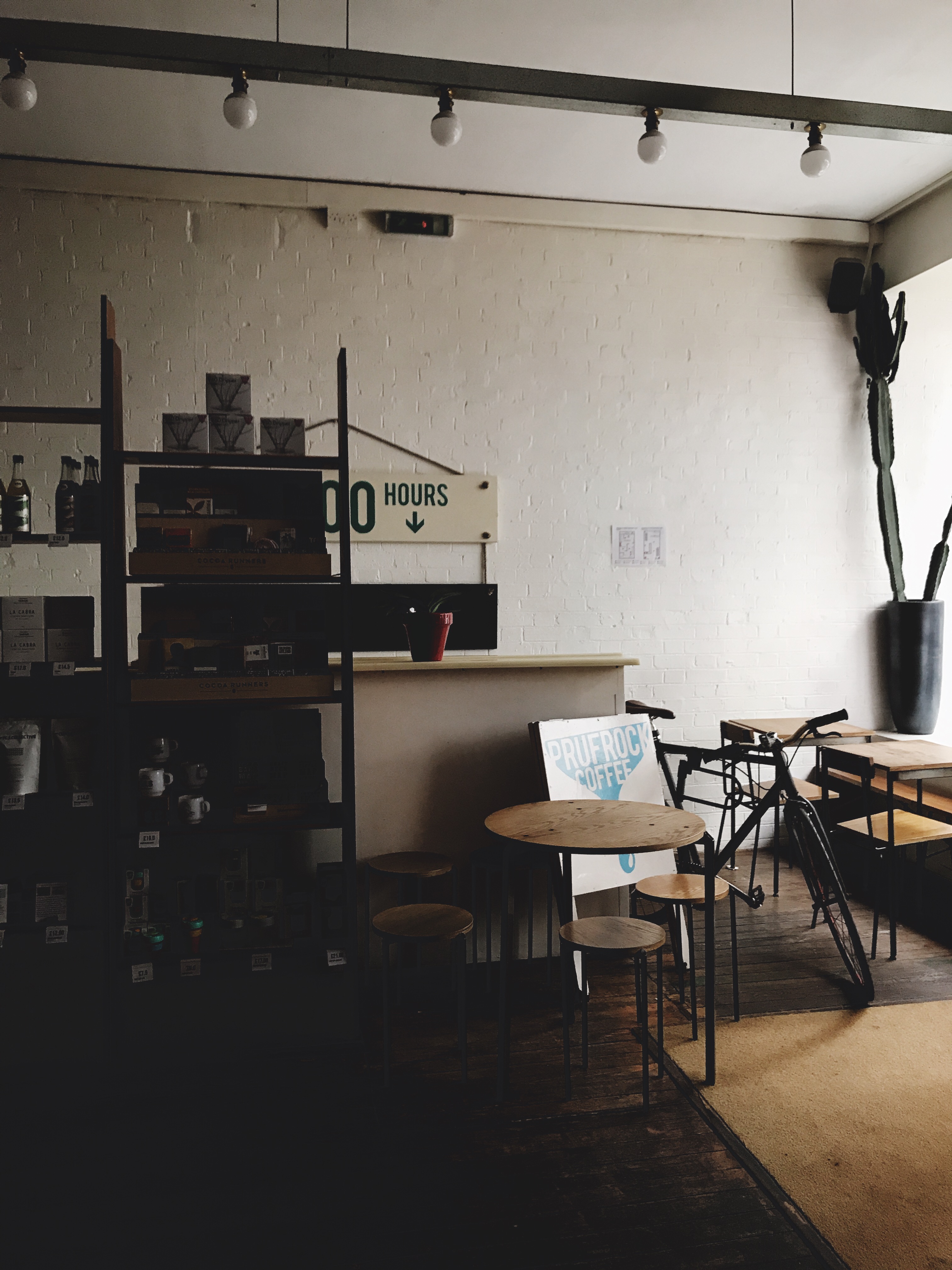 However, in some ways I’m still the same goofball whom an ex-employer (to whom I’m forever grateful – shoutout to the lovely Gina Sleightholme, of Brew and Brownie in York) spent gallons of milk on, teaching her how to texture it and booting her up the arse into the mad world of specialty. I want this space – its articles, its photos, its sentiments and anecdotes and resources – to be as accessible to the person who has just had a flat-white that is not like the others they’ve ever had before, to someone looking to make the jump into “proper coffee” from humble hospitality, to someone who has been playing the field for years and thinks I don’t know what I’m talking about (chances are, I don’t! But I want others to feel no shame in making the same mistakes and asking the same silly questions, so I’m taking one for the team.)

To pinpoint where I am both physically and intellectually in the coffee world – I’ll try to touch base with the little things: discovering a new coffee I really enjoyed, falling in love with a new place and all of the whys, cuppings I attended that were either really chill or really informative, divulging the inner workings of roasteries, books/blogs I read, podcasts I listened to, dissecting the jargon everyone secretly struggles with… I’m going to approach this with as much enthusiasm as a caffeinated three-year-old with a puppy. The posts may or may not be serious. They may or may not be entirely accurate (I’ll do my research, but there’s only so much truth on the internet…..) But they will be genuine, and offered trussed-up to be hung, drawn and quartered by constructive debate.

This is every bit a work in progress – and it’s only the first page. Grow with me. X